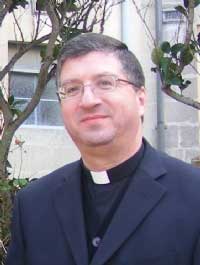 Fr. Nicholas Cachia is a truly insightful and gifted spiritual director and theologian.  From the beautiful island of Malta, Fr. Cachia spends a portion of his summer as a faculty member with the Institute for Priestly Formation located at Creighton University, in Omaha, Nebraska.  This discussion occurred in the summer of 2015.

In this particular conversation we discuss various topics:

Then he leads us in a meditation on

The Good Shepherd  –  The great image of Compassion. 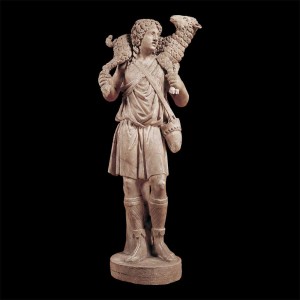 Rev. Dr Nicholas Cachia is Lecturer in Spiritual Theology at the Faculty of Theology since 1996. His areas of interest include the spirituality of the various stages of life as well as the spirituality of the different states in life, particularly that of the diocesan priesthood. After receiving his undergraduate degree (S.Th.B.) and a Licentiate in Pastoral Theology from the Faculty of Theology at Tal-Virtù (1980-1988), he continued his tertiary studies at the Pontifical Gregorian University in Rome. There he read a Licentiate in Biblical Theology and a Doctorate in Spiritual Theology (1988-1995). His doctoral thesis was published in 1997 in the series Tesi Gregoriana with the title: I am the Good Shepherd. The Good Shepherd lays down his life for the sheep (John 10, 11). The Image of the Good Shepherd as a source for the Spirituality of the Ministerial Priesthood.

He is also Spiritual Director at the Major Seminary in Malta (1994-2000; 2003-present). Since 2003, he is president of the Spiritual Formation Commission within the Secretariat for the Clergy of the Archdiocese of Malta.

Previously he presided over the Commission for the Permanent Formation of the Clergy within the same Secretariat (1994-2000). He was also Deputy Chairman (2000-2001) and then Executive Chairman (2001-2003) of the Media Centre and of RTK Radio. During this time he was also member of the Executive Board of the European Catholic Radio Conference (CERC).

Fr Cachia is a member of the Centro di Studi di Mistica Cristiana, Italy and of the Society for the Study of Christian Spirituality (USA). Since 2004 he teaches at the Summer Session of the Seminarians’ programme of the Institute for Priestly Formation, Creighton University, Omaha, Nebraska USA.

When you gave us, Gracious Lady, 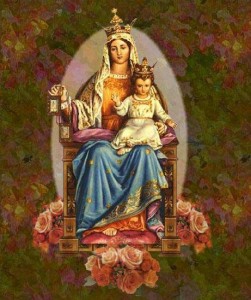 the Scapular as our Habit,
you called us to be not only servants,
but also your own children.
We ask you to gain for us from your Son
the grace to live as your children in joy, peace and love.
(State your request here…)

Our Father…
Hail Mary…
Glory Be…

Our Lady of Mount Carmel,
pray for us.

Episode 6 – “Know your Weapons” pt. 1- Put on The Armor – A Manual for Spiritual Warfare with Dr. Paul Thigpen Ph.D

The weapon of prayer In writing to the Ephesians, St. Paul goes on to identify several specific pieces of armor, and weapons as well. Indispensable in this list of the spiritual warrior’s equipment is prayer. “With all prayer and supplication,” he insists, “pray at all times in the Spirit, and  .  .  . be vigilant in all perseverance and all supplication for all the saints” (Eph 6: 18).

The weapon of worship Of course, prayer isn’t just a private matter. Praying not just for others, but with others, forms an important part of spiritual warfare. And the most perfect prayer in which we can join with our fellow warriors is the prayer of the Mass.

Worship is a spiritual weapon. When we worship God, we enter into His presence in a powerful way. Because demons tremble at His presence, they are reluctant to follow us there.

The weapon of Eucharistic adoration Outside of Mass, the other great refuge from the Devil and his wiles is prayer before the Blessed Sacrament.

The weapon of fasting Throughout Sacred Scripture, we find that when God’s people fast, the power of their prayers is increased, especially when they are engaged in spiritual warfare. In the Old Testament, the Lord told Isaiah that a fast properly undertaken would “loose the bonds of wickedness  .  .  . undo the thongs of the yoke  .  .  . let the oppressed go free” (Is 58: 6).

Visit here for other episodes in this series:
Put On The Armor – A Manual for Spiritual Warfare w/Dr. Paul Thigpen Ph.D.

The “Manual for Spiritual Warfare” can be found here

Paul Thigpen, Ph.D, is the Editor of TAN Books in Charlotte, North Carolina. An internationally known speaker, best-selling author and award-winning journalist, Paul has published forty-three books in a wide variety of genres and subjects: history and biography, spirituality and apologetics, anthologies and devotionals, family life and children’s books, study guides and reference works, fiction and collections of poetry and prayers.

In 2008 Paul was appointed by the United States Conference of Catholic Bishops to their National Advisory Council for a four-year term. He has served the Church as a theologian, historian, apologist, evangelist, and catechist in a number of settings,speaking frequently in Catholic and secular media broadcasts and at conferences, seminars, parish missions, and scholarly gatherings. Msgr. Esseff reflects on his experience with Bl. Mother Teresa of Calcutta and his experience of “the poorest of the poor”.  He asks us the question, “When have you encountered Lazarus?”.

Gospel Lk 16:19-31
Jesus said to the Pharisees:
“There was a rich man who dressed in purple garments and fine linen
and dined sumptuously each day.
And lying at his door was a poor man named Lazarus, covered with sores,
who would gladly have eaten his fill of the scraps
that fell from the rich man’s table.
Dogs even used to come and lick his sores.
When the poor man died,
he was carried away by angels to the bosom of Abraham.
The rich man also died and was buried,
and from the netherworld, where he was in torment,
he raised his eyes and saw Abraham far off
and Lazarus at his side.
And he cried out, ‘Father Abraham, have pity on me.
Send Lazarus to dip the tip of his finger in water and cool my tongue,

for I am suffering torment in these flames.’
Abraham replied, ‘My child,
remember that you received what was good during your lifetime
while Lazarus likewise received what was bad;
but now he is comforted here, whereas you are tormented.
Moreover, between us and you a great chasm is established
to prevent anyone from crossing
who might wish to go from our side to yours
or from your side to ours.’
He said, ‘Then I beg you, father, send him
to my father’s house,
for I have five brothers, so that he may warn them,
lest they too come to this place of torment.’
But Abraham replied, ‘They have Moses and the prophets.
Let them listen to them.’
He said, ‘Oh no, father Abraham,
but if someone from the dead goes to them, they will repent.’
Then Abraham said,
‘If they will not listen to Moses and the prophets,
neither will they be persuaded
if someone should rise from the dead.’”