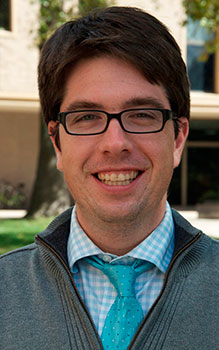 A great conversation with Dr. Timothy O’Malley, Director of the Notre Dame Center for Liturgy and author of “Off the Hook:  God, Love, Dating and Marriage in a Hook-up World. ”  He had me at “nuptial mystagogy.”  I love a theologian who deeply appreciates the font of grace present in our liturgical expression and sacramental experience.  From this point forward, this is THE book for practical, life-sustaining marriage formation.  Outstanding! 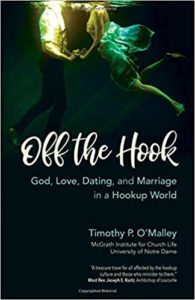 You can. find the book here

Hookup culture is about much more than the quest for pleasure. It offers an easy way out of real communication and lasting relationships. It also teaches us to treat each other as objects for personal satisfaction. Even those who reject the hookup culture can still be negatively affected by it and develop poor habits of relating to others. In Off the Hook, Timothy P. O’Malley, professor of theology at the University of Notre Dame, shows how God’s plan for love serves to heal the wounds of hookup culture and is a medicine for what ails our understanding of sex, romance, love, and marriage.

In Off the Hook, O’Malley explains how the ethics of hooking up shape relationships between men and women and examines the considerable harm to individuals and society that results. By exploring the sacrament of marriage in its biblical, theological, and liturgical dimensions, he offers Catholic young adults and those charged with their formation and pastoral care a wealth of insight into God’s plan for love.

Young people will find help grappling with the Church’s countercultural understanding of sex, love, and marriage. Parents and pastoral workers will discover a refreshing presentation of the Catholic theology of marriage and wise counsel about forming young people in the Church’s vision. Newly married, and even long-married couples will find hope, courage, and the promise of sacramental love that can sustain them for a lifetime. In this episode we have a conversation with Katherine Becker, author of  “The Dating Fast: 40 Days to Reclaim Your Heart, Body, and Soul”.  Katherine is wonderfully articulate in describing her experience with “fasting” from the dating scene and how others can benefit from the practice.  The books description really does describe it best:

The endless cycle of boyfriends and breakups got to be exhausting–emotionally and spiritually. When a friend introduced Katherine to the idea of the “dating fast,” she rediscovered her joy for life. You don’t have to “kiss dating good-bye,” but a forty-day, Scripture-based retreat from the fray works wonders. Romantic love isn’t dead, says Katherine, but you have to know where to look for it.

“In order to be truly ready for a romantic relationship, you must first love and respect yourself. Katherine Becker’s forty-day dating fast is an excellent tool for self-reflection to understand yourself better and grow in love, confidence and faith. Following this fast will better prepare you for relationships, and is a solid step toward a fulfilling life, with or without a spouse.”  —Anita A. Chlipala, MA, MEd, LMFT, Relationship Reality 312, Inc.