Episode 10 -The Way of Mystery:  The Eucharist and Moral Living– The Liturgy of the Eucharist part 2 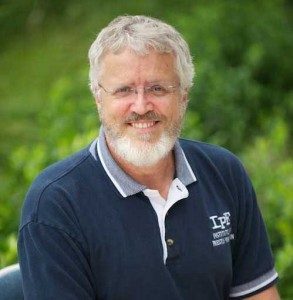 Deacon James Keating, Ph.D., the director of Theological Formation for the Institute for Priestly Formation, located at Creighton University, in Omaha.

The Vatican II documents remind us that the spiritual journey is not made in a vacuum, that God has chosen to save us, not individually, but as The People of God. The Eucharist must help Christians to make their choices by discerning out of Christ’s paschal mystery. For this process to take place, however, Christians must first understand how the Eucharist puts them in touch with Christ’s passion, death, and resurrection, and what concrete implications being in touch with this mystery has for their daily lives. 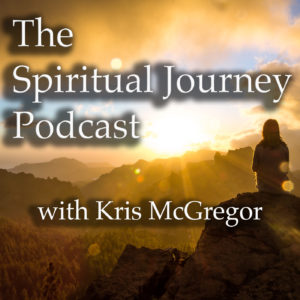 “You are bait on the hook”

“You are bait on the hook” is the lead topic of this episode of “The Spiritual Journey Podcast with Kris McGregor.”  A portion of this podcast was originally recorded during an episode of “The Good Book Club” segment on the Spirit Morning Show.  Kris reflects on six martyrs, two which died over 1800 years, Sts. Perpetua and Felicity, and four Missionary of Charity Sisters who were killed in recent years in Yemen.  The Paschal Mystery and the grace of Martyrdom are explored and the question becomes what does that look like in my life.  Kris also offers a book recommendation further delve into this mystery:  “The Cross: Word and Sacrament” by Adrienne von Speyr

Resources mentioned by Kris in the podcast:

The Passion of St. Perpetua and St. Felicity can be found here 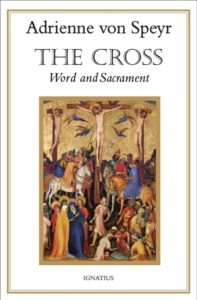 The Cross: Word and Sacrament can be found here

From the forward (by Kris McGregor):

There is no greater mystery to be contemplated than the Paschal Mystery. In this spiritual gem, von Speyr leads us to the foot of the Cross, and with her we gaze upon the crucified Christ and listen deeply. The Word, who became flesh and made his dwelling among us, cries out in his suffering seven last words, which open up the portals of divine grace that are known as the sacraments. These mysterious gifts, which come at such an indescribable cost, deserve to be cherished, reverenced, and contemplated.

The Cross: Word and Sacrament will challenge, surprise, and encourage the reader to welcome the Paschal Mystery into his own life. Guided into the depths of this mystery by von Speyr, the reader encounters a very real Jesus, who knows us all too well and still loves us without end. He speaks to us personally. The words he utters from the Cross contain not only gifts experienced in the sacraments of the Church but also questions: Do you truly understand what is being offered to you? Will you accept my gifts? Will you suffer the mystery contained in such love?

This small book contains the spiritual richness that is the fruit of her deep meditation on the Word. It calls the reader to conversion, which is a continual process of turning toward the Son, who leads us, in union with the Holy Spirit, into an ever-deepening relationship with the Father. Thus is the reader brought into the very life of the Trinity, that communion of love without end.

Scriptural Stations of the Cross

“That Jonah is You”

“That Jonah is You” is the lead topic of this episode of “The Spiritual Journey Podcast with Kris McGregor.”  A portion of this podcast was originally recorded during an episode of “The Good Book Club” segment on the Spirit Morning Show.  Kris reflects on the story of Jonah, the working of the Holy Spirit and the prophetic call.  She also addresses the call to listen to the small still voice of God and how we, like Jonah, are reluctant to respond to the will of the Father.

4But the Lord hurled a great wind upon the sea, and there was a mighty tempest on the sea, so that the ship threatened to break up. 5Then the mariners were afraid, and each cried to his god; and they threw the wares that were in the ship into the sea, to lighten it for them. But Jonah had gone down into the inner part of the ship and had lain down, and was fast asleep. 6So the captain came and said to him, “What do you mean, you sleeper? Arise, call upon your god! Perhaps the god will give a thought to us, that we do not perish.”

7And they said to one another, “Come, let us cast lots, that we may know on whose account this evil has come upon us.” So they cast lots, and the lot fell upon Jonah. 8Then they said to him, “Tell us on whose account this evil has come upon us. What is your occupation? And whence do you come? What is your country? And of what people are you?” 9And he said to them, “I am a Hebrew; and I fear the Lord, the God of heaven, who made the sea and the dry land.” 10Then the men were exceedingly afraid, and said to him, “What is this that you have done!” For the men knew that he was fleeing from the presence of the Lord, because he had told them.

Fr Timothy Gallagher – Praying the Liturgy of the Hours

Stations of the Cross According to St. Francis

Scriptural Stations of the Cross

Gary Jansen – MicroShifts on Inside the Pages

For the Liturgy of the Hours:  Universalis    and  iBrevary

Revised Standard Version of the Bible, copyright © 1946, 1952, and 1971 the Division of Christian Education of the National Council of the Churches of Christ in the United States of America. Used by permission. All rights reserved.

“Let’s start at the very beginning, because it’s the very best place to start…”

“Holy Listening” is the lead topic of this first episode of “The Spiritual Journey Podcast with Kris McGregor.”  Appreciating the presence of God in the Word (capital W) and the challenge of truly listening to the voice of God are the primary topics for this podcast.  Before we can really move forward in the spiritual journey, we need to learn to listen to God.  How is that done?

The Gospel of John (RSVCE)

1 Happy the man who never follows the advice of the wicked, or loiters on the way that sinners take, or sits about with scoffers,

2 but finds his pleasure in the Law of Yahweh, and murmurs his law day and night.

3 He is like a tree that is planted by water streams, yielding its fruit in season, its leaves never fading;

5 The wicked will not stand firm when judgment comes, nor sinners when the virtuous assemble.

6 For Yahweh takes care of the way the virtuous go, but the way of the wicked is doomed.

Prologue:
1. Listen carefully, my son, to the master’s instructions, and attend to them with the ear of your heart. This is the advice from a father who loves you; welcome it, and faithfully put it into practice.

LOH2-V2 Praying with the Psalms- Praying the Liturgy of the Hours with Fr. Timothy Gallagher

HR17 – The Value of Listening and Silence – The Holy Rule of St. Benedict with Fr. Mauritius Wilde O.S.B

HR37 – Listening to the Word of God – The Holy Rule of St. Benedict with Fr. Mauritius Wilde O.S.B

IP#221 Dr. Scott Hahn – Consuming the Word on Inside the Pages with Kris McGregor

For the Liturgy of the Hours:  Universalis    and  iBrevary