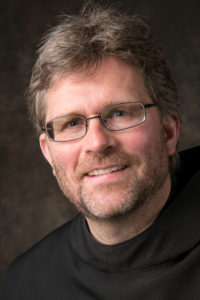 In place of idleness, work Of the Daily Work

Idleness is the enemy of the soul; and therefore the brethren ought to be employed in manual labor at certain times, at others, in devout reading. Hence, we believe that the time for each will be properly ordered by the following arrangement; namely, that from Easter till the calends of October, they go out in the morning from the first till about the fourth hour, to do the necessary work, but that from the fourth till about the sixth hour they devote to reading. After the sixth hour, however, when they have risen from table, let them rest in their beds in complete silence; or if, perhaps, anyone desireth to read for himself, let him so read that he doth not disturb others. Let None be said somewhat earlier, about the middle of the eighth hour; and then let them work again at what is necessary until Vespers.

If, however, the needs of the place, or poverty should require that they do the work of gathering the harvest themselves, let them not be downcast, for then are they monks in truth, if they live by the work of their hands, as did also our forefathers and the Apostles. However, on account of the faint-hearted let all things be done with moderation.

From the calends of October till the beginning of Lent, let them apply themselves to reading until the second hour complete. At the second hour let Tierce be said, and then let all be employed in the work which hath been assigned to them till the ninth hour. When, however, the first signal for the hour of None hath been given, let each one leave off from work and be ready when the second signal shall strike. But after their repast let them devote themselves to reading or the psalms.

During the Lenten season let them be employed in reading from morning until the third hour, and till the tenth hour let them do the work which is imposed on them. During these days of Lent let all received books from the library, and let them read them through in order. These books are to be given out at the beginning of the Lenten season.

Above all, let one or two of the seniors be appointed to go about the monastery during the time that the brethren devote to reading and take notice, lest perhaps a slothful brother be found who giveth himself up to idleness or vain talk, and doth not attend to his reading, and is unprofitable, not only to himself, but disturbeth also others. If such a one be found (which God forbid), let him be punished once and again. If he doth not amend, let him come under the correction of the Rule in such a way that others may fear. And let not brother join brother at undue times.

On Sunday also let all devote themselves to reading, except those who are appointed to the various functions. But if anyone should be so careless and slothful that he will not or cannot meditate or read, let some work be given him to do, that he may not be idle.

Let such work or charge be given to the weak and the sickly brethren, that they are neither idle, nor so wearied with the strain of work that they are driven away. Their weakness must be taken into account by the Abbot.