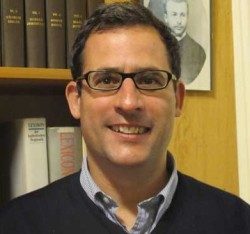 With Dr. Adrian Walker, we reflect on various aspects of Adrienne’s insight on the Church and our universal call to holiness.

The Church in the World

The words of Christ appear to the world as a paradox; his commandments contradict what

people consider to be clever and useful. What these words promise is always heavenly; it comes from heaven and leads to heaven. What people do in sin and unbelief, on the contrary, leads to eternal damnation. Heaven and hell are always the ultimate alternatives, and every conversation between God and the still unconverted sinner is thus concerned with setting these two extremes into relief.

The Lord, however, did not throw his word against the unbelieving world unprotected. He founded his Church in the midst of the world. The Church has one side open toward the world. Indeed, she herself is the open door for the world, so that the world can enter into God’s Holy of Holies, where the mystery of bread and wine is celebrated. Around this mystery the Church is a way of believing and hoping and loving and working whose origin is heavenly. By entering and experiencing this mystery, man finds heaven. And God did not build his Church in such a way that she would be accessible to only a few select souls who live in the purity of faith. He built her as a communal, public place, right next to the street where everyone passes by and can enter when he wishes. Outside is the denial of everything eternal; inside is the receiving into the infinite God of everything transitory in the world. The Eucharist is the innermost event whereby the Church renews herself and makes herself known. But also every divine service, all the remaining sacraments, are encounters with the Lord who gives himself, who points toward his redemptive suffering, and who sends forth those who belong to him endowed with the Holy Spirit. They are called to proclaim the gospel outside and convert sinners. Thus the Church is always a place of encounter between the Lord and the sinner, between heavenly grace and the world. And because it is God who reveals himself in this place, this event is overwhelming and beyond all expectations.

The Church is nonetheless also a worldly reality, a gathering place for Christians that is visible also to others and that serves as 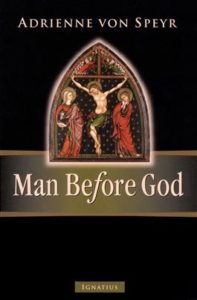 a reminder to them. At Mass, in hearing the word and in praying together, Christians themselves are reminded that they are called to be a reminder in the world. They have to show what they have received; they have to bring out into the open the hidden mystery that lives within them. Continually, day after day, they must actualize in visible discipleship the once-only call that they have received from the Lord. The once-only and the multiple are reciprocally related and flow into one another. Indeed, in the man he meets, the Lord sees not only a sinner who will receive absolution, but also a brother whom he receives into his communion of life. In this way he also enabled the word that he spoke only one time on earth to be expanded into a perpetual and living validity. His word lives because Christ lives and because he does not cease to speak the once-uttered word anew and with the same precision it had then. His words appear time-bound to us because we understand them in time. Our understanding, however, is made possible through their connection to eternity.

We are struck and wounded by the word. We could not live apart from the word anymore even if we wanted to. We entered into the Church as nuts with a hard shell; the word broke open the shell. Now, without the shell, we are simultaneously more sensitive and less sensitive: more sensitive because we recognize the traces of the word everywhere and we can no longer live in naive worldliness; less sensitive because the allure of sin does not grab us as much anymore. It is not that it has become weaker, but that it holds less interest for us and God’s defense against sin penetrates all the way through us. At every encounter, God also gives us something to remember him, a gift, never something dead, but his living word.

We hear this word in the Church; we find it in undiminished vitality also at home whenever we open the Scriptures or when we return to the word in prayer. Prayer becomes an encounter with the Lord whose word we are permitted to hear without ceasing. We are personally addressed, and we are allowed to respond personally, and in this twofold personal contact, the word works on man until the true ecclesial man takes shape. With every new encounter, God continues to do his redemptive work on that which the Creator declared good at the beginning and for which the Son offered himself on the Cross, not only until we are brought to completion in ourselves, but until we become useful instruments in God’s hands for his work throughout the entire world. God’s workshop is his Church.

In the Church, as experienced by priests or laymen, there is much that is unchangeable, and this occasionally goes against our spirit of modernization. If we attempt to see and understand with the eyes of love, then we discover that what is unchangeable in the Church comes from the word and its being beyond time. We come to see that, if the distance between the word and us has grown so great, then it is our fault. The word’s ultimate meaning remains veiled for us because of our sins and our lethargy. Only seldom are we able to see what is eternally valid in the word. Of course, a perfect hearing and understanding of the word could almost be compared to the beatific vision. Total understanding, as the fulfillment (to the extent possible) of our reason by the meaning of the word, is reserved for eternity. Nevertheless, when we encounter God and fix our eyes on the eternal, we understand from the triune God and the mystery of the Church all that is necessary for us to remain in a living faith and to embody in our lives what we have received from the encounter. We are given what is necessary in order to concentrate in our Yes to the vitality of today’s Church not only what we need, but also what is needed by our contemporaries for an encounter with God. 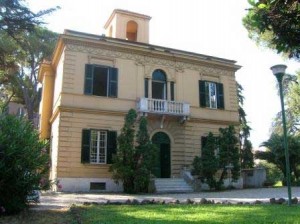 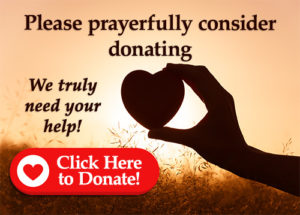