When solicitor’s clerk Jonathan Harker travels to Transylvania on business to meet a mysterious Romanian count named Dracula, he little expects the horrors this strange meeting will unleash. Thus Bram Stoker’s 1897 novel of blood and passion begins, rapidly accelerating from Harker’s nightmarish experiences in Castle Dracula to a full-fledged vampiric assault on late-Victorian London itself. The story, narrated through a collection of documents-primarily journal entries and letters-chronicles the desperate efforts of a band of gentlemen to protect the virtue of their ladies and lay to rest the ancient threat once and for all. 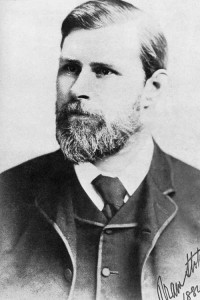 Often vacillating wildly between the terrible and the comic, Dracula at the same time brings to life a host of compelling themes: tensions between antiquity and modernity; the powers and limitations of technology; the critical importance of feminine virtue; the difference between superstition and religion; the nature of evil; and, perhaps most compellingly, the complex relationship between ancient faith and scientific enlightenment. More vivid than any of its varied film adaptations, and over a century after its first publication, Dracula still retains its sharp bite.

Based on the Ignatius Critical Edition, this series examines, from the Judeo-Christian perspective, the life,the times, and influence of authors of great works in literature . 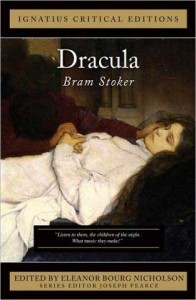