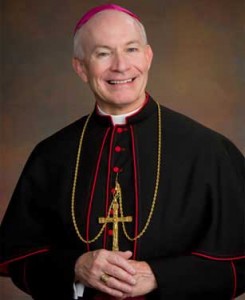 Archbishop Lucas offers insights on the US Catholic Catechism for Adults Chapter 30:

THREATS TO MARRIAGE The Catechism lists the following behaviors as acts that undermine the purpose and dignity of marriage.

The Most Reverend George J. Lucas leads the Archdiocese of Omaha.

For other episodes in the visit our Archbishop George Lucas page

This programs is based on:

More information can be found here.

We wish to thank the USCCB for the permissions granted for use of  relevant material used in this series.