Episode 11 – “Keep the Enemy Out of the Camp” – Put On The Armor – A Manual for Spiritual Warfare w/Dr. Paul Thigpen Ph.D.

Satan has his Trojan horses as well. He sometimes tempts us to embrace what looks like a desirable gift. But despite the attractive appearance, it’s actually a catastrophe waiting for an invitation to invade. Playing with a Ouija board, for instance, may seem innocent enough, a diversion indulged in for the simple pleasure of satisfying curiosity. But such boards have been known to provide demons with easy access to those who thought them only a harmless game. To play with them is to play with fire.

Exorcists have in fact reported cases in which this practice— and other, more obviously serious, sins— have opened the gates of a soul to extraordinary demonic phenomena. Actions and activities commonly reported to have such terrifying consequences include satanic rituals; witchcraft, sorcery and so-called “white magic”; participation in religious cults; occult practices, such as Ouija boards and fortunetelling; séances, channeling, and other forms of necromancy (attempts to contact the dead); substance abuse; sexual sin; and abortion.Seeking the attractive “gift” of pleasure, power, secret knowledge, or (in the case of abortion) even escape from responsibility, some have committed these sins, and in doing so have opened themselves to demonic infestation, oppression, obsession, and even possession.

Blessed Pope Paul VI noted this danger when he warned that many Christians in modern times are “exposing their souls— their baptized souls, visited so often by the Eucharistic Presence and inhabited by the Holy Spirit!— to licentious sensual experiences and to harmful drugs, as well as to the ideological seductions of fashionable errors. These are cracks through which the Evil One can easily penetrate and change the human mind.”

In addition, forgiveness is crucial to deliverance from the Evil One, because a bitter heart gives him a foothold in our lives. “Take heed lest anyone be lacking in the grace of God; lest any root of bitterness springing up cause trouble, and by it, many be defiled” (Heb 12: 15). Those especially who have suffered a grave injustice must seek the grace to let go of the offense and pray for the offender, so that resentment doesn’t ferment into malicious bitterness.

If we’re ever tempted to invite the Enemy into our “camp” in any of these ways, we must recognize the Adversary’s deception and reject his offer firmly and immediately. And if we’ve ever committed such sins in the past, but have never confessed them, we need to confess them to God, seeking forgiveness and healing in the Sacrament of Reconciliation.

Visit here for other episodes in this series:
Put On The Armor – A Manual for Spiritual Warfare w/Dr. Paul Thigpen Ph.D. 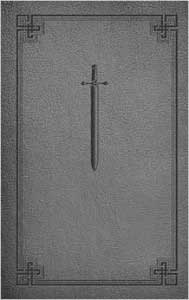 The “Manual for Spiritual Warfare” can be found here

Paul Thigpen, Ph.D., is the Editor of TAN Books in Charlotte, North Carolina. An internationally known speaker, best-selling author, and award-winning journalist, Paul has published forty-three books in a wide variety of genres and subjects: history and biography, spirituality and apologetics, anthologies and devotionals, family life and children’s books, study guides and reference works, fiction and collections of poetry and prayers.

In 2008 Paul was appointed by the United States Conference of Catholic Bishops to their National Advisory Council for a four-year term. He has served the Church as a theologian, historian, apologist, evangelist, and catechist in a number of settings, speaking frequently in Catholic and secular media broadcasts and at conferences, seminars, parish missions, and scholarly gatherings.