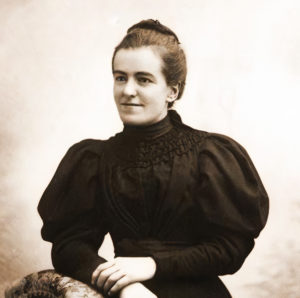 In this episode, Fr. Gallagher shares more letters exchanged between Léonie and her sister, Thérèse.

In this episode, Léonie has returned home after her second failed attempt to enter into religious life at the Monastery of the Visitation at Caen.  Her father, Louie, has passed away, and her sister Céline has entered the Carmel with her three other sisters.  Her aunt and uncle have warmly welcomed her into their home, but she feels uncomfortable and out of place given the family’s outgoing social nature.  What will become of poor Léonie?

As Thérèse nears her death, she continues to write words of encouragement to Léonie.   She reassures Léonie that she will be even closer to her once she reaches heaven and will never stop praying for her.

After reading and re-reading Thérèse’s writings, Léonie is more determined than ever to return to the Visitation Sisters, where major changes have occurred within the Monastery.  The next chapter of Léonie’s story is about to begin.

As a child, Léonie suffered from severe illnesses and physical maladies that would plague her entire life. She also struggled with understanding social clues and interactions and with behaving appropriately. Conventional educational models of the day failed to meet her particular needs, and she was labeled “developmentally delayed.” Yet those who knew her well described her as having a “heart of gold.”

Who was Léonie and what were her struggles? Why has her cause of canonization begun?  Father Gallagher, along with Kris McGregor,  answers these questions and explains why Léonie is “a bearer of hope” in this landmark series.

A resource used for this series

Images in this post of the Martin/Guerin family are used with permission from the Archives of the Carmel of Lisieux website for strictly non-commercial use.  We encourage you to visit the website for more information on this remarkable family.

Father Timothy M. Gallagher, O.M.V., was ordained in 1979 as a member of the Oblates of the Virgin Mary, a religious community dedicated to retreats and spiritual formation according to the Spiritual Exercises of St. Ignatius.  Fr. Gallagher is featured on the EWTN series “Living the Discerning Life:  The Spiritual Teachings of St. Ignatius of Loyola.” For more information on how to obtain copies of Fr. Gallaghers’s various books and audio which are available for purchase, please visit  his  website:   frtimothygallagher.org