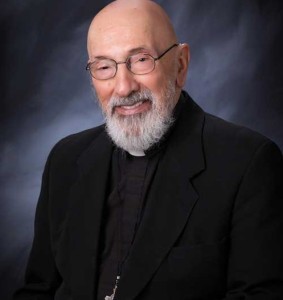 Building a Kingdom of Love –  On Prayer

Msgr. Esseff reflects on the teaching of the Sacred Scriptures and on how we pray:

Jesus told his disciples a parable
about the necessity for them to pray always without becoming weary.
He said, “There was a judge in a certain town
who neither feared God nor respected any human being.
And a widow in that town used to come to him and say,
‘Render a just decision for me against my adversary.’
For a long time the judge was unwilling, but eventually he thought,
‘While it is true that I neither fear God nor respect any human being,
because this widow keeps bothering me
I shall deliver a just decision for her
lest she finally come and strike me.'”
The Lord said, “Pay attention to what the dishonest judge says.
Will not God then secure the rights of his chosen ones
who call out to him day and night?
Will he be slow to answer them?
I tell you, he will see to it that justice is done for them speedily.
But when the Son of Man comes, will he find faith on earth?”

Msgr. John A. Esseff is a Roman Catholic priest in the Diocese of Scranton.  Msgr. Esseff served as retreat director and confessor to St. Teresa of Calcutta.    He continues to offer direction and retreats for the Sisters of the Missionaries of Charity around the world.  Msgr. Esseff encountered St.  Padre Pio,  who would become a spiritual father to him.  He has lived in areas around the world,  serving in the Pontifical missions, a Catholic organization established by Pope St. John Paul II brought the Good News to the world, especially to the poor.   He continues to serve as a retreat leader and director to bishops, priests and sisters and seminarians, and other religious leaders around the world.