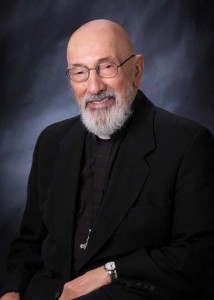 Msgr. Esseff reflects on the readings for the 3rd Sunday of Lent.  We are called to be 100% love.  He recalls a young man named Kevin, his death, and the call to repentance and to love. Don’t be secure in your own eyes, we need to have the eyes of Christ.  We need to enter into the deepest parts of hearts to encounter the healing touch of Jesus.  We are not captives, we are not slaves, we are God’s children and we are called to freedom.

Msgr. John A. Esseff is a Roman Catholic priest in the Diocese of Scranton. Msgr. Esseff served a retreat director and confessor to St. Teresa of Calcutta.    He continues to offer direction and retreats for the sisters of the missionaries of charity around the world.  Msgr. Esseff encountered St.  Padre Pio,  who would become a spiritual father to him.  He has lived in areas around the world, serving in the Pontifical missions, a Catholic organization established by Pope St. John Paul II to bring the Good News to the world especially to the poor.   He continues to serve as a retreat leader and director to bishops, priests and sisters and seminarians and other religious leaders around the world.