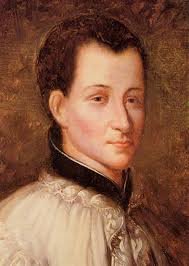 Vatican News Service – CLAUDE LA COLOMBIÈRE, third child of the notary Bertrand La Colombière and Margaret Coindat, was born on 2nd February 1641 at St. Symphorien d’Ozon in the Dauphine, southeastern France. After the family moved to Vienne Claude began his early education there, completing his studies in rhetoric and philosophy in Lyon.

It was during this period that Claude first sensed his vocation to the religious life in the Society of Jesus. We know nothing of the motives which led to this decision. We do know, however, from one of his early notations, that he “had a terrible aversion for the life embraced”. This affirmation is not hard to understand by any who are familiar with the life of Claude, for he was very close to his family and friends and much inclined to the arts and literature and an active social life. On the other hand, he was not a person to be led primarily by his sentiments. 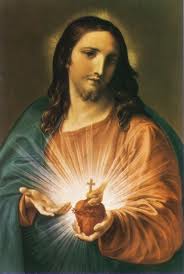 Claude became noted for solid and serious sermons. They were ably directed at specific audiences and, faithful to their inspiration from the gospel, communicated to his listeners serenity and confidence in God. His published sermons produced and still produce significant spiritual fruits. Given the place and the short duration of his ministry, his sermons are surprisingly fresh in comparison with those of better-known orators.

On 2nd February 1675 he pronounced his solemn profession and was named rector of the College at Paray-le-Monial. Not a few people wondered at this assignment of a talented young Jesuit to such an out-of the-way place as Paray. The explanation seems to be in the superiors’ knowledge that there was in Paray an unpretentious religious of the Monastery of the Visitation, Margaret Mary Alacoque, to whom the Lord was revealing the treasures of his Heart, but who was overcome by anguish and uncertainty. She was waiting for the Lord to fulfill his promise and send her “my faithful servant and perfect friend” to help her realize the mission for which he had destined her: that of revealing to the world the unfathomable riches of his love.

After Father Colombière’s arrival and her first conversations with him, Margaret Mary opened her spirit to him and told him of the many communications she believed she had received from the Lord. He 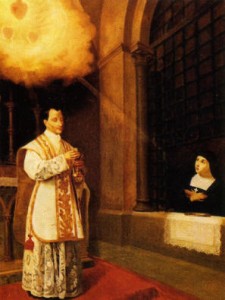 assured her he accepted their authenticity and urged her to put in writing everything in their regard, and did all he could to orient and support her in carrying out the mission received. When, thanks to prayer and discernment, he became convinced that Christ wanted the spread of the devotion to his Heart, it is clear from Claude’s spiritual notes that he pledged himself to this cause without reserve. In these notes it is also clear that, even before he became Margaret Mary’s confessor, Claude’s fidelity to the directives of St. Ignatius in the Exercises had brought him to the contemplation of the Heart of Christ as symbol of his love.

After a year and half in Paray, in 1676 Father La Colombière left for London. He had been appointed preacher to the Duchess of York – a very difficult and delicate assignment because of the conditions prevailing in England at the time. He took up residence in St. James Palace in October.

In addition to sermons in the palace chapel and unremitting spiritual direction both oral and written, Claude dedicated his time to giving thorough instruction to the many who sought reconciliation with the Church they had abandoned. And even if there were great dangers, he had the consolation of seeing many reconciled to it, so that after a year he said: “I could write a book about the mercy of God I’ve seen Him exercise since I arrived here!”

The intense pace of his work and the poor climate combined to undermine his health, and evidence of a serious pulmonary disease began to appear. Claude, however, made no changes in his work or life style.

Of a sudden, at the end of 1678, he was calumniously accused and arrested in connection with the Titus Oates “papist plot”. After two days he was transferred to the severe King’s Bench Prison where he remained for three weeks in extremely poor conditions until his expulsion from England by royal decree. This suffering further weakened Claude’s health which, with ups and downs, deteriorated rapidly on his return to France.

During the summer of 1681 he returned to Paray, in very poor condition. On 15th February 1682, the first Sunday of Lent, towards evening Claude suffered the severe hemorrhage which ended his life.

On the 16th of June 1929 Pope Pius XI beatified Claude La Colombière, whose charism, according to St. Margaret Mary Alacoque, was that of bringing souls to God along the gospel way of love and mercy which Christ revealed to us.