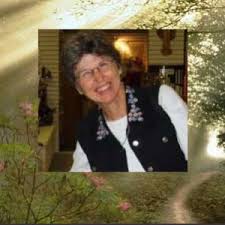 Once again, Teresa Monaghen brings a saint, who lived over 600 years ago, to vivid life and connects them into our modern day circumstances.  St. Bridget of Sweden was an ordinary woman who was open to receiving extraordinary grace because of her great love for Christ.  Teresa tells the remarkable story with joy and enthusiasm.

For more on her life and teachings, check out this teaching from Pope Benedict XVI

From the teachings of Blessed Pope John Paul II:

4. The first of these three great figures, Bridget, was born of an aristocratic family in 1303 at Finsta, in the Swedish region of Uppland. She is known above all as a mystic and the foundress of the Order of the Most Holy Saviour. Yet it must not be forgotten that the first part of her life was that of a lay woman happily married to a devout Christian man to whom she bore eight children. In naming her a Co-Patroness of Europe, I would hope that not only those who have received a vocation to the consecrated life but also those called to the ordinary occupations of the life of the laity in the world, and especially to the high and demanding vocation of forming a Christian family, will feel that she is close to them. Without abandoning the comfortable condition of her social status, she and her husband Ulf enjoyed a married life in which conjugal love was joined to intense prayer, the study of Sacred Scripture, mortification and charitable works. Together they founded a small hospital, where they often attended the sick. Bridget was in the habit of serving the poor personally. At the same time, she was appreciated for her gifts as a teacher, which she was able to use when she was required to serve at Court in Stockholm. This experience was the basis of the counsel which she would later give from time to time to princes and rulers concerning the proper fulfilment of their duties. But obviously the first to benefit from these counsels were her children, and it is not by chance that one of her daughters, Catherine, is venerated as a Saint.

But this period of family life was only a first step. The pilgrimage which she made with her husband Ulf to Santiago de Compostela in 1341 symbolically brought this time to a close and prepared her for the new life which began a few years later at the death of her husband. It was then that Bridget recognized the voice of Christ entrusting her with a new mission and guiding her step by step by a series of extraordinary mystical graces.

5. Leaving Sweden in 1349, Bridget settled in Rome, the See of the Successor of Peter. Her move to Italy was a decisive step in expanding her mind and heart not simply geographically and culturally, but above all spiritually. In her desire to venerate the relics of saints, she went on pilgrimage to many places in Italy. She visited Milan, Pavia, Assisi, Ortona, Bari, Benevento, Pozzuoli, Naples, Salerno, Amalfi and the Shrine of Saint Michael the Archangel on Mount Gargano. Her last pilgrimage, made between 1371 and 1372, took her across the Mediterranean to the Holy Land, enabling her to embrace spiritually not only the many holy places of Catholic Europe but also the wellsprings of Christianity in the places sanctified by the life and death of the Redeemer.

Even more than these devout pilgrimages, it was a profound sense of the mystery of Christ and the Church which led Bridget to take part in building up the ecclesial community at a quite critical period in the Church’s history. Her profound union with Christ was accompanied by special gifts of revelation, which made her a point of reference for many people in the Church of her time. Bridget was recognized as having the power of prophecy, and at times her voice did seem to echo that of the great prophets of old. She spoke unabashedly to princes and pontiffs, declaring God’s plan with regard to the events of history. She was not afraid to deliver stern admonitions about the moral reform of the Christian people and the clergy themselves (cf. Revelations, IV, 49; cf. also IV, 5). Understandably, some aspects of her remarkable mystical output raised questions at the time; the Church’s discernment constantly referred these back to public revelation alone, which has its fullness in Christ and its normative expression in Sacred Scripture. Even the experiences of the great Saints are not free of those limitations which always accompany the human reception of God’s voice.

Yet there is no doubt that the Church, which recognized Bridget’s holiness without ever pronouncing on her individual revelations, has accepted the overall authenticity of her interior experience. She stands as an important witness to the place reserved in the Church for a charism lived in complete docility to the Spirit of God and in full accord with the demands of ecclesial communion. In a special way too, because the Scandinavian countries from which Bridget came were separated from full communion with the See of Rome during the tragic events of the sixteenth century, the figure of this Swedish Saint remains a precious ecumenical “bridge”, strengthened by the ecumenical commitment of her Order.