For more on St. Catherine of Siena and her teachings visit her Discerning Hearts page

From the General Audience on St. Catherine of Siena 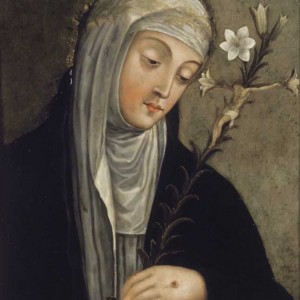 When the fame of her holiness spread, she became the protagonist of an intense activity of spiritual guidance for people from every walk of life: nobles and politicians, artists and ordinary people, consecrated men and women and religious, including Pope Gregory xi who was living at Avignon in that period and whom she energetically and effectively urged to return to Rome.