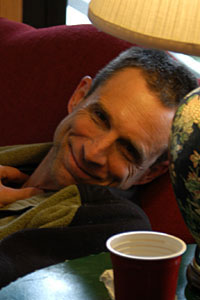 Episode 5 – Whether sacred doctrine is a matter of argument?

Question 1 Article 8 Whether sacred doctrine is a matter of argument?

On the contrary, The Scripture says that a bishop should “embrace that faithful word which is according to doctrine, that he may be able to exhort in sound doctrine and to convince the gainsayers” (Titus 1:9). 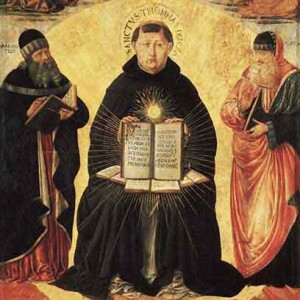 I answer that, As other sciences do not argue in proof of their principles, but argue from their principles to demonstrate other truths in these sciences: so this doctrine does not argue in proof of its principles, which are the articles of faith, but from them it goes on to prove something else; as the Apostle from the resurrection of Christ argues in proof of the general resurrection (1 Cor. 15). However, it is to be borne in mind, in regard to the philosophical sciences, that the inferior sciences neither prove their principles nor dispute with those who deny them, but leave this to a higher science; whereas the highest of them, viz. metaphysics, can dispute with one who denies its principles, if only the opponent will make some concession; but if he concede nothing, it can have no dispute with him, though it can answer his objections. Hence Sacred Scripture, since it has no science above itself, can dispute with one who denies its principles only if the opponent admits some at least of the truths obtained through divine revelation; thus we can argue with heretics from texts in Holy Writ, and against those who deny one article of faith, we can argue from another. If our opponent believes nothing of divine revelation, there is no longer any means of proving the articles of faith by reasoning, but only of answering his objections—if he has any—against faith. Since faith rests upon infallible truth, and since the contrary of a truth can never be demonstrated, it is clear that the arguments brought against faith cannot be demonstrations, but are difficulties that can be answered.

Reply to Objection 1: Although arguments from human reason cannot avail to prove what must be received on faith, nevertheless, this doctrine argues from articles of faith to other truths.

Reply to Objection 2: This doctrine is especially based upon arguments from authority, inasmuch as its principles are obtained by revelation: thus we ought to believe on the authority of those to whom the revelation has been made. Nor does this take away from the dignity of this doctrine, for although the argument from authority based on human reason is the weakest, yet the argument from authority based on divine revelation is the strongest. But sacred doctrine makes use even of human reason, not, indeed, to prove faith (for thereby the merit of faith would come to an end), but to make clear other things that are put forward in this doctrine. Since therefore grace does not destroy nature but perfects it, natural reason should minister to faith as the natural bent of the will ministers to charity. Hence the Apostle says: “Bringing into captivity every understanding unto the obedience of Christ” (2 Cor. 10:5). Hence sacred doctrine makes use also of the authority of philosophers in those questions in which they were able to know the truth by natural reason, as Paul quotes a saying of Aratus: “As some also of your own poets said: For we are also His offspring” (Acts 17:28). Nevertheless, sacred doctrine makes use of these authorities as extrinsic and probable arguments; but properly uses the authority of the canonical Scriptures as an incontrovertible proof, and the authority of the doctors of the Church as one that may properly be used, yet merely as probable. For our faith rests upon the revelation made to the apostles and prophets who wrote the canonical books, and not on the revelations (if any such there are) made to other doctors. Hence Augustine says (Epis. ad Hieron. xix, 1): “Only those books of Scripture which are called canonical have I learned to hold in such honor as to believe their authors have not erred in any way in writing them. But other authors I so read as not to deem everything in their works to be true, merely on account of their having so thought and written, whatever may have been their holiness and learning.”