Msgr. Esseff reflects on the readings for Divine Mercy Sunday and it’s meanings for our lives.  He discusses the identity of the Christian, and in particular, what it means to be a “Catholic”.

Many signs and wonders were done among the people
at the hands of the apostles.
They were all together in Solomon’s portico.
None of the others dared to join them, but the people esteemed them.
Yet more than ever, believers in the Lord,
great numbers of men and women, were added to them.
Thus they even carried the sick out into the streets
and laid them on cots and mats
so that when Peter came by,
at least his shadow might fall on one or another of them.
A large number of people from the towns
in the vicinity of Jerusalem also gathered,
bringing the sick and those disturbed by unclean spirits,
and they were all cured.

Msgr. John A. Esseff is a Roman Catholic priest in the Diocese of Scranton.  He was ordained on May 30, 1953, by the late Bishop William J. Hafey, D.D. at St. Peter’s Cathedral in Scranton, PA.  Msgr. Esseff served a retreat director and confessor to St. Mother Teresa.    He continues to offer direction and retreats for the sisters of the missionaries of charity around the world.  Msgr. Esseff encountered St.  Padre Pio,  who would become a spiritual father to him.  He has lived in areas around the world, serving in the Pontifical missions, a Catholic organization established by St. Pope John Paul II to bring the Good News to the world especially to the poor.  He continues to serve as a retreat leader and director to bishops, priests and sisters and seminarians and other religious leaders around the world. 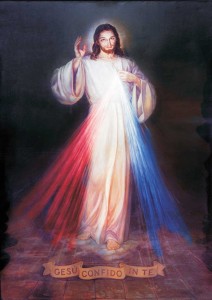