Are you being called to be a “martyr”?

Msgr. Esseff, on the feast of St. Stephen the Martyr, shares the story of his friend Fr. Nicolas Kluiters S.J., who served the Church in Lebanon.  He discusses what it means to be a martyr in the past and what it looks like today. 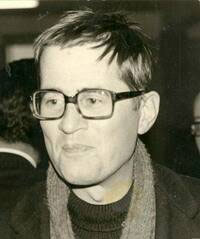 From JESUIT MARTYRS, In the Service of the Arab Orient (1975-1989)
By Father Camille Hechaïmé, Dar el-Machreq

After studying business then plastic arts, Father Nicolas Kluiters painted until he felt the call of religion. He joined the Society of Jesus in his country, Holland, when he was 25. He soon asked to be sent to Lebanon and his wish was granted in 1966. He completed his novitiate and studied Arabic (1966-1968) and social sciences (1968-1969) in Beirut, then he studied philosophy and theology in Lebanon and France . He was ordained a priest in Amsterdam in 1973.

Soon after his return to Lebanon in 1974 and his nomination in the Taanayel monastery in the Bekaa valley to serve the poor Maronite isolated villages in an area that is non Christian in its majority, the war started and soon took a sectarian characteristic. However, these bloody events did not discourage the young zealous priest. With the approval of his superiors, he would leave his monastery in Taanayel, go to villages near Dayr al-Ahmar village and return to the monastery once a week. One of these villages was Bechwat, in which lies the Church of our Miraculous Lady where Nicolas made his last solemn vows in 1977 to express his belonging to this poor land and to serve the underprivileged. He made the village Barqa the second base of his journeys and increased his activities there for it to become a model village.

After gaining the villagers’ trust, he cooperated with them to renovate the church and build a house for the priest, a school, a monastery where a group of nuns from the Sacred Hearts settled at the end of 1984, as well as a dispensary soon after. He would receive from his native country, Holland, financial aids that enabled him to improve the land and develop agriculture. His main worry was to boost the morale of these good but poor, marginalized and isolated people, to consolidate their faith and, despite the dangers, to implant them in their land, the land of common living for all communities. Perhaps Nicolas’ successful mission aroused the disapproval of ill wishers and people bothered by the vitality he gave back to the villages they wanted to keep submissive.

On the night of March 13, 1985, after celebrating mass with the nuns of the hospital in Hermel, he returned to Barqa where the villagers were waiting for him the following morning. However, he never reached the village and there was no news about him. His fellow priests in Taanayel, the nuns, and the security forces looked for him in the area. One of the shepherds noticed a suspicious horde of crows over a deep ditch and notified the people in charge. After many efforts, they were able to reach the bottom and removed the body that had been missing for 17 days. Nicolas was dreadfully killed; he was shot twice, hanged and impaled, which indicated his murderers’ strong hatred. Afterward, it appeared that he courageously resisted his kidnappers because he was strong and was trained in self-defense with the paratroops in the military service in Holland. His car was found after a few days with the following inscription, “The forces of revenge”.

He was buried in the Taanayel monastery on Wednesday April 3, during the Holy Week, in a very emotional and devotional atmosphere. The bells did not ring for sadness, but for joy because all those who knew Nicolas understood that they were biding farewell to a martyr who gave his life for his faith; until this day, they are still convinced of that.

He had increased his prayers during his last days and had trustingly put his life in the hands of God, prepared to accept all difficulties, even martyrdom. Two weeks prior to his kidnapping, he wrote, “He (Christ) brought me back to Barqa… as if He were telling me: the fruit will soon ripen… Don’t worry about extraordinary and difficult events that could happen, such as a kidnapping or anything similar. He who follows Me has a special blessing so that he can suffer for me and with me. I shall be with him” 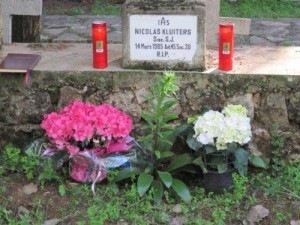