Six Insights from the Life of Dorothy Day from Province of Saint Joseph on Vimeo.

6 Insights from the Life of Dorothy Day – 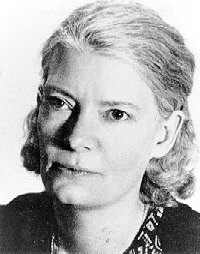 (from Our Sunday Visitor)

“Dorothy Day is one of the most significant women in the life of the Church in the United States.” That’s how Archbishop Timothy Dolan of New York began a moving and inspiring talk about the founder of the Catholic Worker Movement on the anniversary of her birthday Nov. 9 at St. Joseph’s Church in Greenwich Village. The video clip above is worth watching to the end. I had tears in my eyes by the time it was over, but I’ll give you the synopsis of what Archbishop Dolan labeled the six “insights” we can take from Dorothy Day.

1. “She was quintessentially American.” The archbishop went on to emphasize that Dorothy’s faith was freely chosen. She was raised Protestant and converted to Catholicism. Her faith was “her free choice,” something Archbishop Dolan said should resonate particularly well with Americans who more and more reject the faith of their births.

2. “Dorothy was from the beginning a social critic and activist in the best prophetic sense of American Christian spirituality, whether Protestant, Catholic, or Orthodox.” The archbishop said that Dorothys’ vision and her intellectual c

ontributions may well have “foreshadowed” what Pope John XXIII, Vatican II, and Pope John Paul II tried to advance “relative to the dignity of each person as a worker, as a human being created in the image and likeness of God.”

3. “Dorothy’s mission to the Church in every area — social and legal reform, workers’ rights, publications, her renowned pacifism, the ability to prophetically challenge even Church authority — all of that found its taproot in prayer,” something the archbishop said is too often reversed by reform-minded leaders. He stressed that Dorothy began and ended each day with prayer and rarely missed daily Mass, adding, “Her activism was the fruit of a profound prayer that I would say bordered on the mystic.” 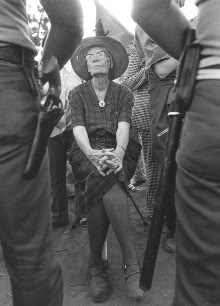 4. “Dorothy lived through two experiences of her day that are particularly enlightening for us today. Experience one: loneliness, alienation and disconnection to foundational institutions such as marriage and family. Secondly, the sexual revolution…” Archbishop Dolan called her life one of “upheaval,” but said that her Augustinian model of faith reminds us that our sexuality cannot be cast aside as a weakness but is integral to our lives as an expression of our likeness to God. “She invites us to watch her grow in integrity in this most precious act of being human,” he said.

5. “Dorothy neither hid from sin nor would allow any person, no matter their motives, to be simply equated with the sum of their sins. We are not ever or only the sum total of our sins, are we?” The archbishop said that Dorothy’s life was “ever in process” and she was ever more converted to Jesus Christ every day. “Holiness of life, Dorothy would tell us, would have no chance without honesty at its base,” he said, stressing that we cannot deny or lawyer up when it comes to our mistakes.

Finally, Archbishop Dolan went on to say that our greatest pastoral challenge as Catholics today is to “respond to those who want Christ without his Church, and their name is legion.” Saying that many people don’t have a problem with Jesus but have “tons of problems” with his Church, he pointed out that Dorothy knew full well the flaws of her Church and loved it anyway:

“She loved the mystical body, but she new the mystical body had warts galore…Here’s one of her saltier quotes, and there were many: ‘Yes, the Church is the spotless bride of Christ, but at other times, she’s the whore of Babylon.’ Dorothy was well aware of the flaws, the wounds, the imperfections, the ugly side of the Church, but she loved it all the more.” Our Sunday Visitor