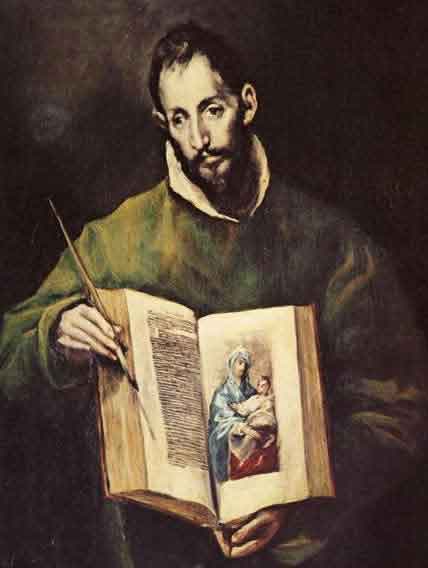 Mark Hart “The Bible Geek” talks to us about the importance of St. Luke

Luke was a Greco-Syrian physician who lived in the Greek city of Antioch in Ancient Syria.

His earliest notice is in Paul’s Epistle to Philemon, verse 24. He is also mentioned in Colossians 4:14 and 2 Timothy 4:11, two works commonly ascribed to Paul. The next earliest account of Luke is in the Anti-Marcionite Prologue to the Gospel of Luke, a document once thought to date to the 2nd century, but which has more recently been dated to the later 4th century.

If one accepts that Luke was in fact the author of the Gospel bearing his name and also the Acts of the Apostles, certain details of his personal life can be reasonably assumed. While he does exclude himself from those who were eyewitnesses to Jesus’ ministry, he repeatedly uses the word “we” in describing the Pauline missions in Acts of the Apostles, indicating that he was personally there at those times.[9]Epiphanius states that Luke was one of the Seventy (Panarion 51.11), and John Chrysostom indicates at one point that the “brother” Paul mentions in 2 Corinthians 8:18 is either Luke or Barnabas. J. Wenham asserts that Luke was “one of the Seventy, the Emmaus disciple, Lucius of Cyrene and Paul’s kinsman.” Not all scholars are as confident of all of these attributes as Wenham is, not least because Luke’s own statement at the beginning of the Gospel of Luke (1:1–4) freely admits that he was not an eyewitness to the events of the Gospel.

There is similar evidence that Luke resided in Troas, the province which included the ruins of ancient Troy, in that he writes in Acts in the third person about Paul and his travels until they get to Troas, where he switches to the first person plural. The “we” section of Acts continues until the group leaves Philippi, when his writing goes back to the third person. This change happens again when the group returns to Philippi. There are three “we sections” in Acts, all following this rule. Luke never stated, however, that he lived in Troas, and this is the only evidence that he did.

The composition of the writings, as well as the range of vocabulary used, indicate that the author was an educated man. The quote in the Letter of Paul to the Colossians differentiating between Luke and other colleagues “of the circumcision”[10] has caused many to speculate that this indicates Luke was a Gentile. If this were true, it would make Luke the only writer of the New Testament who can clearly be identified as not being Jewish. However, that is not the only possibility. The phrase could just as easily be used to differentiate between those Christians who strictly observed the rituals of Judaism and those who did not.[9]

Luke died at age 84 in Boeotia, according to a “fairly early and widespread tradition”.[11] According to Nikiphoros-Kallistos Xanthopoulos (Eccles. History XIVth c. AD., Migne P.G. 145, 876) and others, Luke’s Tomb was located in Thebes (Greece), from whence his relics were transferred to Constantinople in the year 357.

Luke as a historian 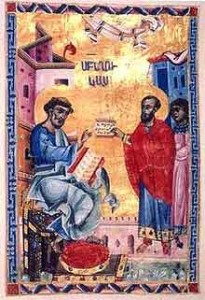 Most scholars understand Luke’s works (Luke-Acts) in the tradition of Greek historiography. The preface of The Gospel of Luke (1:1-4) drawing on historical investigation is believed to have identified the work to the readers as belonging to the genre of history. There is some disagreement about how best to treat Luke’s writings, with some historians regarding Luke as highly accurate, and others taking a more critical approach.

Archaeologist Sir William Ramsay wrote that “Luke is a historian of the first rank; not merely are his statements of fact trustworthy…[he] should be placed along with the very greatest of historians.” Professor of classics at Auckland University, E.M. Blaiklock, wrote: “For accuracy of detail, and for evocation of atmosphere, Luke stands, in fact, with Thucydides. The Acts of the Apostles is not shoddy product of pious imagining, but a trustworthy record…it was the spadework of archaeology which first revealed the truth.”  New Testament scholar Colin Hemer has made a number of advancements in understanding the historical nature and accuracy of Luke’s writings. 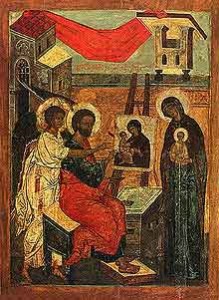 Luke as an artist

Another Christian tradition states that he was the first icon painter. He is said to have painted pictures of the Virgin Mary (for example, The Black Madonna of Częstochowa or Our Lady of Vladimir) and of Peter and Paul. Thus late medieval Guilds of St Luke in the cities of Flanders, or the “Accademia di San Luca” (Academy of St. Luke) in Rome–imitated in many other European cities during the 16th century–gathered together and protected painters. The tradition that Luke painted icons of Mary and Jesus has been common, particularly in Eastern Orthodoxy. The tradition also has support from the Saint Thomas Christiansof India who claim to still have one of the Theotokos icons that St. Luke painted and which St. Thomas brought to India.

See also Gospel of Luke  and Acts of the Apostles

Some scholars attribute to Luke the third Gospel and the Acts of the Apostles, which is clearly meant to be read as a sequel to the Gospel account. Other scholars question Luke’s authorship of these books. Many secular scholars give credit to Luke’s abilities as a historian. Both books are dedicated to oneTheophilus and no scholar seriously doubts that the same person wrote both works, though neither work contains the name of its author.

Many argue that the author of the book must have been a companion of the Apostle Paul, because of several passages in Acts written in the first person plural (known as the We Sections). These verses seem to indicate the author was traveling with Paul during parts of his journeys. Some scholars report that, of the colleagues that Paul mentions in his epistles, the process of elimination leaves Luke as the only person who fits everything known about the author of Luke/Acts.

Additionally, the earliest manuscript of the Gospel, dated circa AD 200, ascribes the work to Luke; as did Irenaeus, writing circa AD 180; and the Muratorian fragment from AD 170. Scholars defending Luke’s authorship say there is no reason for early Christians to attribute these works to such a minor figure if he did not in fact write them, nor is there any tradition attributing this work to any other author.

The ox as symbol of St. Luke

In traditional depictions, such as paintings, evangelist portraits and church mosaics, St. Luke is often accompanied by an ox or bull, usually having wings. Also, only the symbol may be shown, especially when in a combination of those of all Four Evangelists.