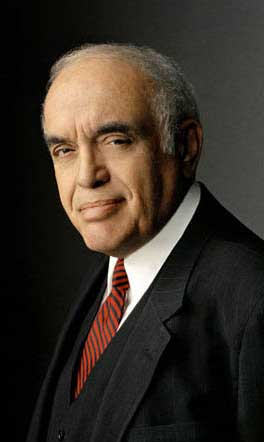 We bring to you what might seem like a surprising conversation from 2007 with Robert Novak, who died of cancer in 2009.  In his poignantly honest memoir, “Prince of Darkness: 50 Years Reporting in Washington,”  he deftly chronicles the political and cultural shifts of the last half of the 20th century.  Our discussion, however, focuses on his conversion to the Roman Catholic faith and his devotion to his patron saint, St. Thomas More which he shares in the book.  We discuss how his Catholic faith gave him the strength to follow his conscience and the teachings of the Catholic Church in the latter years of his life.  The stances he took in regards to immigration and the war in Iraqi, to name a few, put him at surprising odds with many of his “conservative” colleagues; he was even painfully rejected by some he regarded as close friends.  A gracious man, this interview is one of our all-time favorites.  His witness is a profound and compelling conversion story.  We hope you enjoy it. – KM