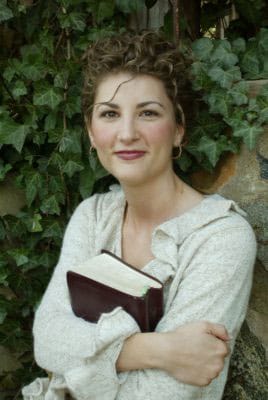 “[T]he Church of Christ discovers her ‘bond’ with Judaism by ‘searching into her own mystery.’ The Jewish religion is not ‘extrinsic’ to us, but in a certain way is ‘intrinsic’ to our own religion. With Judaism, therefore, we have a relationship which we do not have with any other religion. You are our dearly beloved brothers and, in a certain way, it could be said that you are our elder brothers. (Pope John Paul II at the Great Synagogue of Rome, April 13, 1986).

For other episodes in this series, visit the Discerning Hearts Sonja Corbitt page

Scripture References for The Show

And Mary said:
“My soul magnifies the Lord,
47 and my spirit rejoices in God my Savior,
48 for he has regarded the low estate of his handmaiden.
For behold, henceforth all generations will call me blessed;
49 for he who is mighty has done great things for me,
and holy is his name.
50 And his mercy is on those who fear him
from generation to generation.
51 He has shown strength with his arm,
he has scattered the proud in the imagination of their hearts,
52 he has put down the mighty from their thrones,
and exalted those of low degree;
53 he has filled the hungry with good things,
and the rich he has sent empty away.
54 He has helped his servant Israel,
in remembrance of his mercy,
55 as he spoke to our fathers,
to Abraham and to his posterity for ever.”

Discussion of the significance of Esau selling his birthright is located in chapter three of Unleashed.

Catechism of the Catholic Church (CCC) 63, Israel is the priestly people of God, “called by the name of the LORD”, and “the first to hear the word of God”, the people of “elder brethren” in the faith of Abraham.

Find a local synagogue and attend a Sabbath (Shabbat) service, or watch this video. Observe the similarities and differences between what constitutes Sabbath practice for the Jewish people, and what your Sunday liturgy, worship and practice look like. Imagine Jesus observing Sabbath like this!

Verbalize (Pray about your thoughts and emotions.)

Remembering that Mary and Joseph, Jesus, and the apostles were all Jewish, pray for the Jewish people, your “elder brothers” in faith. Offer your thoughts and feelings to God.

Entrust (May it be done to me according to your word!)

Lord Jesus, let Your prayer of unity for Christians become a reality, in Your way. We pray and long for the day when we are one as You and the Father are one. Help us know when and how to cooperate in that unity. Amen
.

*LOVE the Word(TM) exercises, vary weekly according to the four personalities, or “prayer forms,” explored in Prayer and Temperament, by Chester Michael and Marie Norrisey: Ignatian, Augustinian, Franciscan, and Thomistic.