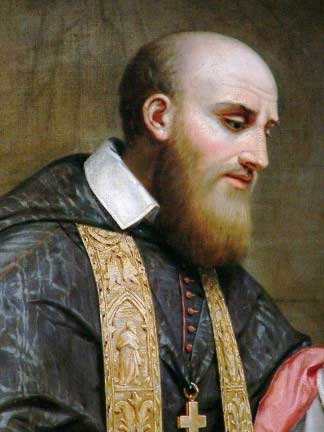 Part 3 – Chapter 1 of the Introduction to the Devout Life by St. Francis de Sales 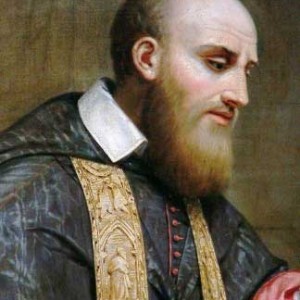 PART 3 – CHAPTER I. How to select that which we should chiefly Practise

THE queen bee never takes wing without being surrounded by all her Subjects; even so Love never enters the heart but it is sure to bring all other virtues in its train; marshaling and employing them as a captain his soldiers; yet, nevertheless, Love does not set them all to work suddenly, or equally, at all times and everywhere. The righteous man is “like a tree planted by the water side, that will bring forth his fruit in due season;” inasmuch as Love, watering and refreshing the soul, causes it to bring forth good works, each in season as required. There is an old proverb to the effect that the sweetest music is unwelcome at a time of mourning; and certain persons have made a great mistake when, seeking to cultivate some special virtue, they attempt to obtrude it on all occasions, like the ancient philosophers we read of, who were always laughing or weeping.

Worse still if they take upon themselves to censure those who do not make a continual study of this their pet virtue. S. Paul tells us to “rejoice with them that do rejoice, and weep with them that weep;” and Charity is patient, kind, liberal, prudent, indulgent. At the same time, there are virtues of universal account, which must not only be called into occasional action, but ought to spread their influence over everything. We do not very often come across opportunities for exercising strength, magnanimity, or magnificence; but gentleness, temperance, modesty, and humility, are graces which ought to color everything we do. There may be virtues of a more exalted mold, but at all events these are the most continually called for in daily life. Sugar is better than salt, but we use salt more generally and oftener.

Consequently, it is well to have a good and ready stock in hand of those general virtues of which we stand in so perpetual a need. In practicing any virtue, it is well to choose that which is most according to our duty, rather than most according to our taste. It was Saint Paula’s liking to practice bodily mortifications with a view to the keener enjoyment of spiritual sweetness, but obedience to her superiors was a higher duty; and therefore Saint Jerome acknowledges that she was wrong in practicing excessive abstinence contrary to the advice of her Bishop. And the Apostles, whose mission it was to preach the Gospel, and feed souls with the Bread of Life, judged well that it was not right for them to hinder this holy work in order to minister to the material wants of the poor, weighty as that work was also.

Every calling stands in special need of some special virtue; those required of a prelate, a prince, or a soldier, are quite different; so are those beseeming a wife or a widow, and although all should possess every virtue, yet all are not called upon to exercise them equally, but each should cultivate chiefly those which are important to the manner of life to which he is called. Among such virtues as have no special adaptation to our own calling, choose the most excellent, not the most showy. A comet generally looks larger than the stars, and fills the eye more; but all the while comets are not nearly so important as the stars, and only seem so large to us because they are nearer to us than stars, and are of a grosser kind. So there are certain virtues which touch us very sensibly and are very material, so to say, and therefore ordinary people give them the preference.

Thus the common run of men ordinarily value temporal almsgiving more than spiritual; and think more of fasting, exterior discipline and bodily mortification than of meekness, cheerfulness, modesty, and other interior mortifications, which nevertheless are far better. Do you then, my daughter, choose the best virtues, not those which are most highly esteemed; the most excellent, not the most visible; the truest, not the most conspicuous. It is well for everybody to select some special virtue at which to aim, not as neglecting any others, but as an object and pursuit to the mind. Saint John, Bishop of Alexandria, saw a vision of a lovely maiden, brighter than the sun, in shining garments, and wearing an olive crown, who said to him, “I am the King’s eldest daughter, and if thou wilt have me for thy friend, I will bring thee to see His Face.” Then he knew that it was pity for the poor which God thus commended to him, and from that time he gave himself so heartily to practice it, that he is universally known as Saint John the Almoner. Eulogius Alexandrinus desired to devote himself wholly to God, but he had not courage either to adopt the solitary life, or to put himself under obedience, and therefore he took a miserable beggar, seething in dirt and leprosy, to live with him; and to do this more thoroughly, he vowed to honor and serve him as a servant does his lord and master. After a while, both feeling greatly tempted to part company, they referred to the great Saint Anthony, who said, “Beware of separating, my sons, for you are both near your end, and if the Angel find you not together, you will be in danger of losing your crowns.”

Saint Louis counted it a privilege to visit the hospitals, where he used to tend the sick with his own royal hands. Saint Francis loved poverty above all things, and called her his lady-love. Saint Dominic gave himself up to preaching, whence his Order takes its name. Saint Gregory the Great specially delighted to receive pilgrims after the manner of faithful Abraham, and like him entertained the King of Glory under a pilgrim’s garb. Tobit devoted himself to the charitable work of burying the dead. Saint Elizabeth, albeit a mighty princess, loved above all things to humble herself. When Saint Catherine of Genoa became a widow, she gave herself up to work in an hospital. Cassian relates how a certain devout maiden once besought Saint Athanasius to help her in cultivating the grace of patience; and he gave her a poor widow as companion, who was cross, irritable, and altogether intolerable, and whose perpetual fretfulness gave the pious lady abundant opportunity of practicing gentleness and patience.

And so some of God’s servants devote themselves to nursing the sick, helping the poor, teaching little children in the faith, reclaiming the fallen, building churches, and adorning the altar, making peace among men. Therein they resemble embroidresses who work all manner of silks, gold and silver on various grounds, so producing beautiful flowers. Just so the pious souls who undertake some special devout practice use it as the ground of their spiritual embroidery, and frame all manner of other graces upon it, ordering their actions and affections better by means of this their chief thread which runs through all. “Upon Thy Right Hand did stand the Queen in a vesture of gold wrought about with divers colors.”

When we are beset by any particular vice, it is well as far as possible to make the opposite virtue our special aim, and turn everything to that account; so doing, we shall overcome our enemy, and meanwhile make progress in all virtue. Thus, if I am beset with pride or anger, I must above all else strive to cultivate humility and gentleness, and I must turn all my religious exercises,—prayer, sacraments, prudence, constancy, moderation, to the same object. The wild boar sharpens its tusks by grinding them against its other teeth, which by the same process are sharpened and pointed; and so when a good man endeavors to perfect himself in some virtue which he is conscious of specially needing, he ought to give it edge and point by the aid of other virtues, which will themselves be confirmed and strengthened as he uses them with that object.

It was so with Job, who, while specially exercising the virtue of patience amid the numberless temptations which beset him, was confirmed in all manner of holiness and godly virtues. And Saint Gregory Nazianzen says, that sometimes a person has attained the height of goodness by one single act of virtue, performed with the greatest perfection; instancing Rahab as an example, who, having practiced the virtue of hospitality very excellently, reached a high point of glory. Of course, any such action must needs be performed with a very exceeding degree of fervor and charity. 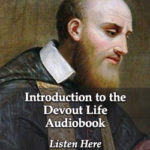