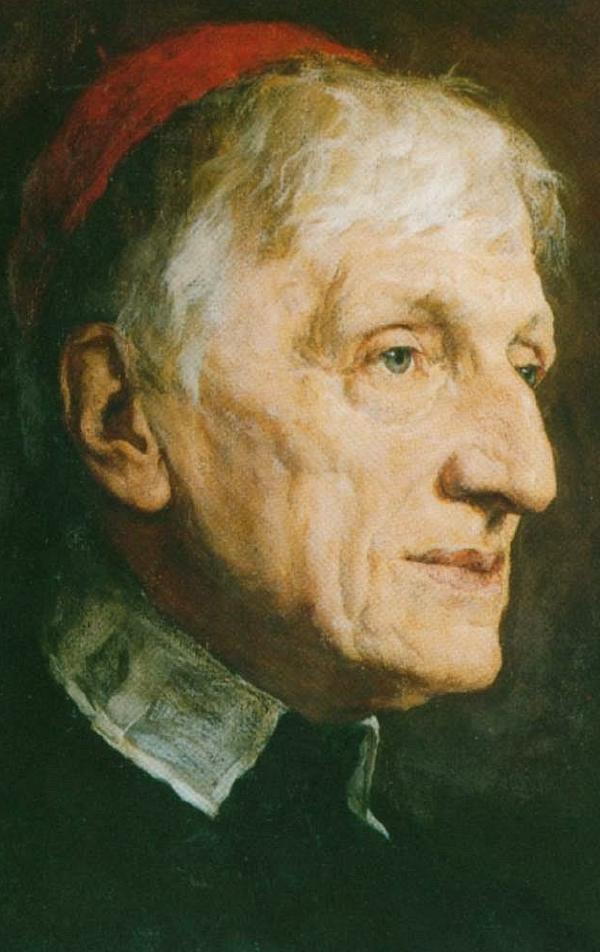 In his homily, the Pope placed Cardinal Newman in a tradition of English martyrs and saintly scholars, and praised the “warmth and humanity” of his priestly ministry.

He also noted that it was the 70th anniversary of the Battle of Britain, and paid tribute to English men and women who resisted the “evil ideology” of Nazism.

He said: “For me as one who lived and suffered through the dark days of the Nazi regime in Germany, it is deeply moving to be here with you on this occasion, and to recall how many of your fellow citizens sacrificed their lives, courageously resisting the forces of that evil ideology.

“My thoughts go in particular to nearby Coventry, which suffered such heavy bombardment and massive loss of life in November 1940,” the Pope said.

He explained Newman was the latest in a “long line” of saintly British scholars, including St Bede, St Hilda, St Aelred, and Blessed Duns Scotus. It was a tradition, he said, “of gentle scholarship, deep human wisdom and profound love for the Lord”.

He pointed to Newman’s “devoted care for the people of Birmingham … visiting the sick and the poor, comforting the bereaved, caring for those in prison”.

“No wonder,” he said, “that on his death so many thousands of people lined the local streets as his body was taken to its place of burial not half a mile from here”.

The Pope said that given his holiness it was fitting he should take his place beside England’s martyrs, “whose courageous witness has sustained and inspired the Catholic community here for centuries”.

Pope Benedict said his vision of education had “done so much to shape the ethos that is the driving force behind Catholic schools and colleges today”.

The Pope added: “I pray that, through his intercession and example, all who are engaged in the task of teaching and catechesis will be inspired to greater effort by the vision he so clearly sets before us.”

He also spoke about Newman’s holiness, saying it was a “profound desire of the human heart to enter into intimate communion with the Heart of God”.

The Pope spoke in front of tens of thousands of pilgrims, some of whom had slept overnight at Cofton Park in sleeping bags. Others had set off from parishes as early as 2am in special pilgrim buses. Fr Tim Finigan, parish priest at Blackfen, Kent, tweeted: “Apologies to the neighbours for waking them up last night singing ‘God bless our Pope’ as the coach left for Birmingham. Won’t happen again.”

According to Simon Caldwell, the Catholic Herald’s news editor, rain poured down all morning until just before the Pope’s helicopter landed nearby, when the sun finally came out.

Deacon Jack Sullivan, who was healed of a severe spinal disorder after praying for Newman’s intercession, proclaimed the Gospel during the Mass. It was his inexplicable healing that led to Newman being made a Blessed.

A choir of 1,200 sung a new setting of the Mass by composer James MacMillan. The prayers of the faithful were made in German, Welsh, French, Vietnamese and Punjabi.” – Catholic Herald UK