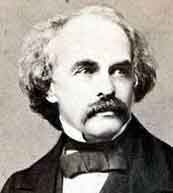 A key figure in the development of American literature, Nathaniel Hawthorne was also profoundly influenced by his ancestors and the Christianity that underscored their Puritan heritage. A literary classic, The Scarlet Letter presents a profound meditation on the nature of sin, repentance, and redemption, and how such Christian concepts may be integrated into American democracy.