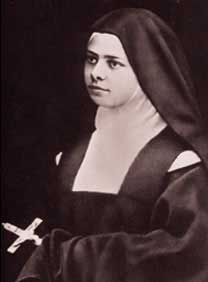 Although she lived on for twenty-six years, St. Elizabeth of the Trinity had an extraordinary sense of the three persons of the Trinity dwelling within her.

They were almost contemporaries, both of whom followed the way of Carmel. While Thérese Martin gave the world her ‘little way’, Elizabeth Catez was truly the ‘prophet of the presence of God’. When Pope John Paul beatified her on 25 November 1984, he presented her to the Church as one ‘who led a life hidden with Christ in God’.

A terror or a saint! 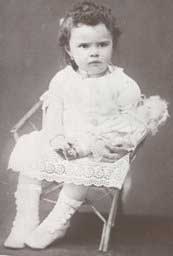 However, Blessed Elizabeth of the Trinity, who was born in France in 1880, did not have such auspicious beginnings. ‘You will either be a terror or a saint,’ her mother had said. The stubborn little girl who often demanded her way, had inherited the military spirit of her ancestors. Her father Joseph had enlisted in the French army and had a successful military career, receiving even the Legion of Honour in 1881.

After the early death of her father, Elizabeth’s outbursts of anger increased. However once she experienced for the first time the sacrament of Penance, it brought about what she styled her ‘conversion’. She henceforth began to struggle noticeably against her violent temper.

In the spring of 1891, when she was almost eleven years old, Elizabeth made her First Communion. She was profoundly affected by her first reception of Christ in the sacrament of the Eucharist. Her mother later testified, ‘From that day and afterwards there were no more fits of anger’.

Trinity
Elizabeth asked for help in understanding her interior experience – her need for silence and recollection – and her sense of an inexplicable presence in the depth of her soul. The Dominican 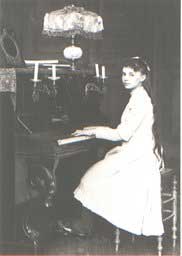 proceeded to deepen her awareness of the truth of the indwelling of the Trinity in the soul of the baptized: that not just Christ, but that all three of the Trinity Father, Son, and Spirit – were present in love in her soul.

As she was waiting to enter her beloved Carmel, Elizabeth lived the life of a typical young, active Catholic laywoman of her time. She sang in two choirs in her parish; she helped prepare children for their First Communions, and she animated a type of ‘day care’ for the children of those who worked in the local factory.
The personality of this energetic young woman had blossomed from her earlier years. It should be noted that Elizabeth was also a very gifted musician who could have made a career with her talent. From the age of seven, she studied music at the Conservatory of Dijon, winning several prizes for her skill at the piano. ‘No one can interpret the great masters like Elizabeth,’ wrote one admirer.

Home at last
At last Elizabeth entered the Carmel. There she was home. As a Carmelite she received the name of Sister Elizabeth of the Trinity and made her profession on the Feast of Epiphany, 1902. From reading St. Paul, her great scriptural mentor, Sister Elizabeth discovered her vocation. She would be a ‘Praise of Glory’ or Laudem Gloria praising God dwelling within her offering a ceaseless ‘Sanctus’.

‘God dwells within you, do not leave Him so often,’ she advised. To another she wrote, ‘It is wonderful to recall that, except for the vision of seeing God, we possess God as all the Saints in Heaven do. We can surely be with Him always and no one can take us away from Him. He dwells in our souls!’ She often referred to the Blessed Trinity as ‘my Three’. 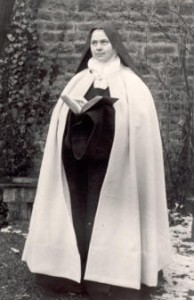 As a child, Elizabeth had found the strength to conquer her fiery temper only after having received the body and blood of Christ in the Eucharist for the first time. As a Carmelite, she would read in Paul that it was Christ ‘who made peace through the blood of his Cross’ (Col.1,20), making ‘peace in my little heaven so that it may truly be the repose of the Three’.

Once she wrote to a friend, ‘I am going to give you my “secret”: think about this God who dwells within you, whose temple you are; St. Paul speaks in this way, and we can believe it.’

The call to praise the glory of God also included the call to share in the redemptive sufferings of Christ, to be able to say like St. Paul, ‘In my flesh I am filling up what is lacking in the afflictions of Christ on behalf of his body, which is the Church’ (Col 1,24) – and Sister Elizabeth had to accept suffering.

Addison’s disease
Early in 1906 it was noticed that Sister Elizabeth had become very weak. She made a retreat to prepare for the ‘Eternal Retreat’. The young Carmelite suffered for months from Addison’s Disease, a malady of the kidneys which at that time was incurable. As a result of this illness, Elizabeth suffered great fatigue, an inability to digest food, intense abdominal pains and great thirst.

During the last week of her life, Sister Elizabeth’s stomach was very ulcerated, and yet she made frequent and lengthy visits to the Blessed Sacrament. On 31 October, she received the last rites. On 1 November, she made her confession and received Holy Communion for the last time. Elizabeth’s last audible words before her death were, ‘I am going to Light, to Love, to Life’.

Mission in heaven
She died on 9 November 1906, at the age of twenty-six, after having lived in Carmel for only five years. From her sick bed, Elizabeth wrote to a fellow Carmelite, ‘I think that in Heaven, my mission will be to draw souls by helping them go out of themselves to cling to God by a wholly simple and loving movement, and to keep them in this great silence within that will allow God to communicate Himself to them and transform them into Himself.’

This article first appeared in The Messenger (February 2007), a publication of the Irish Jesuits.

Holy Trinity, Whom I Adore

O my God, Trinity whom I adore, let me entirely forget myself that I may abide in You, still and peaceful as if my soul were already in eternity; let nothing disturb my peace nor separate me from You, O my unchanging God, but that each moment may take me further into the depths of Your mystery ! Pacify my soul! Make it Your heaven, Your beloved home and place of Your repose; let me never leave You there alone, but may I be ever attentive, ever alert in my faith, ever adoring and all given up to Your creative action.

O my beloved Christ, crucified for love, would that I might be for You a spouse of Your heart! I would anoint You with glory, I would love You – even unto death! Yet I sense my frailty and ask You to adorn me with Yourself; identify my soul with all the movements of Your soul, submerge me, overwhelm me, substitute Yourself in me that my life may become but a reflection of Your life. Come into me as Adorer, Redeemer and Saviour.

O Eternal Word, Word of my God, would that I might spend my life listening to You, would that I might be fully receptive to learn all from You; in all darkness, all loneliness, all weakness, may I ever keep my eyes fixed on You and abide under Your great light; O my Beloved Star, fascinate me so that I may never be able to leave Your radiance.

O Consuming Fire, Spirit of Love, descend into my soul and make all in me as an incarnation of the Word, that I may be to Him a super-added humanity wherein He renews His mystery; and You O Father, bestow Yourself and bend down to Your little creature, seeing in her only Your beloved Son in whom You are well pleased.

O my `Three’, my All, my Beatitude, infinite Solitude, Immensity in whom I lose myself, I give myself to You as a prey to be consumed; enclose Yourself in me that I may be absorbed in You so as to contemplate in Your light the abyss of Your Splendour !

9 thoughts on “St. Elizabeth of the Trinity…her very name means “house of God””