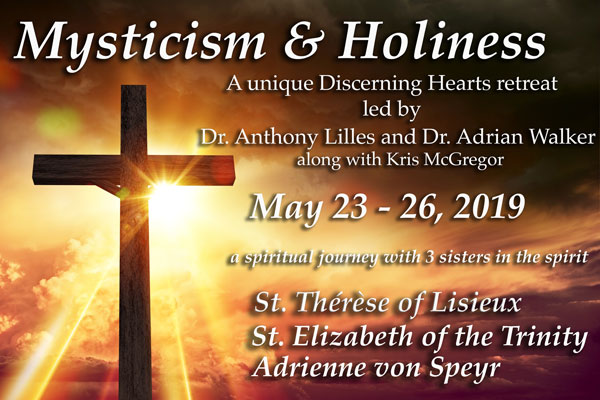 The retreat/seminar officially begins Thursday, May 23 at 10 a.m.

Three Sisters in the Spirit

St. Elizabeth of the Trinity

We turn to the “apologetics that Christ envisioned,” to three women in whom Fr. Hans Urs von Balthasar was particularly interested, trying to see both the objective and subjective, the de-privatized and personalized aspects of their service of the Lord in Word and Deed.  St. Therese of Lisieux, St. Elizabeth of the Trinity, and Adrienne von Speyr are three sisters in the Spirit who will help us to see ourselves in the light of faith and the connection between authentic Christian mysticism and Christian holiness.

It would not be far from the mark to say that mystical experience is commonly seen as being at the heart of religion: the mystical experience is that from which the religion comes, around which it is formed, and toward which it leads. In Christianity, mysticism is, in Fr. Hans Urs von Balthasar’s view, a part of the life of the body—but only a part.  If Word equals Deed, then the conversation takes place by what one does: the story is not a philosophical argument, but a history of lives in which the conversation has taken flesh in the following of Jesus, in the lives of the saints.

Topics and reflections will involve:

The lives of St. Therese, St. Elizabeth, and Adrienne von Speyr
What is Mysticism?  What is Holiness?
Fruitfulness
Discipleship
Foolishness for Christ
Suffering
Communion

The seminar is addressed to those who wish to live in an atmosphere of fraternity and evangelical simplicity for a time of study, prayer, and social interaction, learning how to integrate Christian spirituality with their engagement with the world.

The sessions comprise of an initial lecture, individual silent reading on selected texts, small-group discussion and big group sharing then synthesis. The directors of the seminar initially will present the texts, and the group coordinators will guide the discussions.

The celebration of the Holy Eucharist will be offered daily. Reconciliation will be available, as well as times of Eucharistic Adoration. 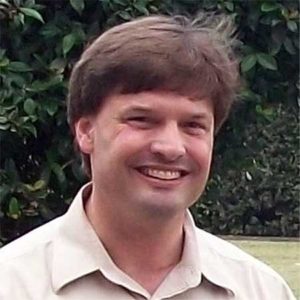 Anthony Lilles, S.T.D. is an associate professor and the academic dean of Saint John Seminary in Camarillo as well as the academic advisor for Juan Diego House of Priestly Formation for the Archdiocese of Los Angeles. For over twenty years he served the Church in Northern Colorado where he joined and eventually served as dean of the founding faculty of Saint John Vianney Theological Seminary in Denver. Through the years, clergy, seminarians, religious and lay faithful have benefited from his lectures and retreat conferences on the Carmelite Doctors of the Church and the writings of St. Elizabeth of the Trinity. 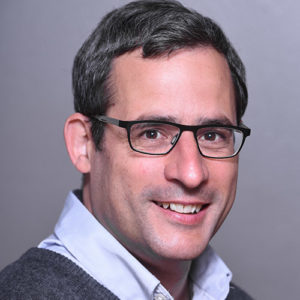 Adrian Walker, Ph.D. is a visiting associate professor of theology at Catholic University of America.  His interests include science and religion, the philosophy of nature, and the question of technology.  He is also a professional translator.  His best-known translation is the first volume of Pope Benedict’s Jesus of Nazareth.  He is an editor of Communio: International Catholic Review.

If you are flying in from another part of the country,
please plan on arriving sometime on Wednesday, May 22, 2019.
A special evening Mass
will be held for our group at the Retreat Center at 5:30 p.m that evening.

Bookings are closed for this event.

Scroll back to top